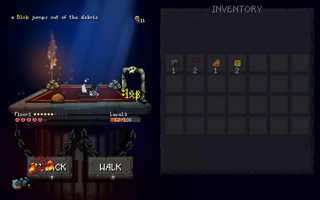 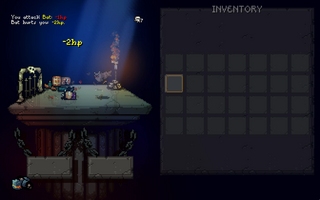 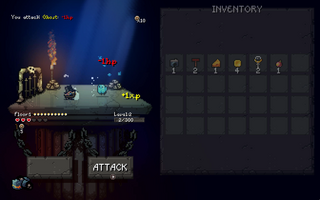 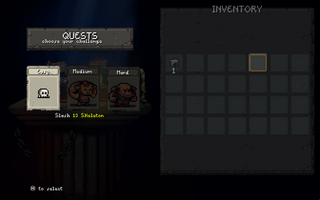 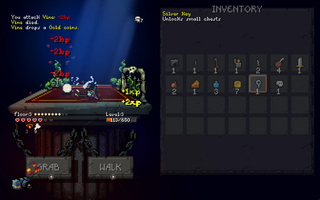 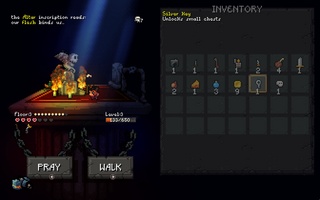 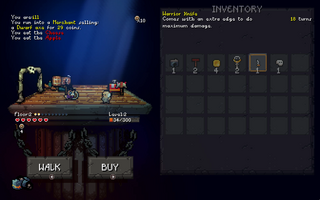 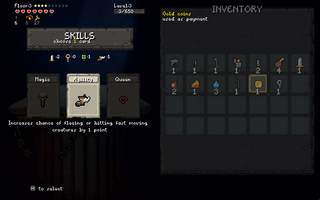 Second beta version is here, I finally made the quest-completed backpacks available to new quests.  So completing a quest, gives you a backpack, and when you start a new game, you can select a backpack to start your new game with.  Still need to perfect this a bit more, cause right now there is no option to NOT pick a backpack, and it might also make more sense if you first pick a quest, and THEN pick a backpack.. small things to sort out.

The Merchant has also gotten a much improved fix. He had just one item for sale, but there are so many items in the game now, I want players to have a bigger chance and faster way of collecting as many items available in a game.  So the merchant now has three items you can buy (or steal) and you can still opt to not buy any.

The balancing on various things has also be tweaked, with the biggest tweak being: gold!  there's much more of it now, a bigger chance that enemies drop a gold-bag instead of just a single coin. It feels pretty much in balance with the new merchant's store.

- potion of skill, when losing skill, doesn't show what you lose
- on android, pause menu doesn't correctly restore the "ininterface" sections
- 'faul' -> 'foul' rats
- merchant should stop giving "buy" option after you opened buy screen once
- made quest-indicator not overlap with game text
- once quest is done, it keeps triggering when you collect/smash item
- backpacks shouldn't show in inventory?  turn quest icon into a backpack
- improved rules for spawning locked gate
- changed old information on shields in inventory
- remove some candles on throne and altar scenes

A game of chance and choice