A downloadable game for Windows, macOS, and Linux

Fight the evil Black Duck army as they try to take over the planet using their technology and a huge collection of foot-soldiers.

You'll get to fight on plane yards, jungles, arctica, egypt and finally the gates of Hell. Drive tanks, fly jetpacks and shoot eggs out of a chicken-gun… ..!

Gunslugs is a fast paced run and jump game with procedurally generated levels and a rogue-like permadeath element. You get one live, and the only way
you can extend that is by running into the Voodoo priest selling continue statues.

Unlock the roster of Gunslugs heroes as you go, and use them to advance your way to the gates of Hell to defeat the final boss.

Collect coins to buy upgrades, improvements, and mini-games like the Donkey Kong inspired Arcade game, the Gameboy level, the train-ride, sketchbook world and much more..

you might even bump into the man with a bow-tie and a blue box..

"It's the randomly generated nature of the levels that really gives this game replayability, with landscapes changing and new weapons altering the experience every time it's booted up." – The Guardian

– "There's so much praise I want to ramble on about, but I'll leave it at this: Gunslugs is a game you must get your hands on" – Gamezebo

"Gunslugs is again, another great game to add to OrangePixel's roster. I don't know how so many games are produced so fast but instead of the quality dropping, it's always better and always different." – Paranerds

"Basically, it's everything you could ask for from a rampaging action game, all packed up in a neat little mobile release with ample amounts of retro-style visuals, music and secrets." – JayIsGames

In order to download this game you must purchase it at or above the minimum price of $3.99 USD. Your purchase comes with a Steam key. You will get access to the following files: 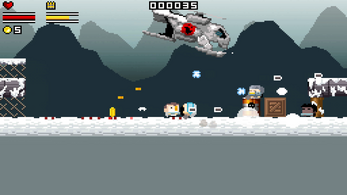 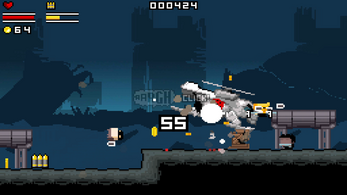 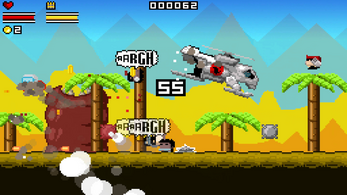 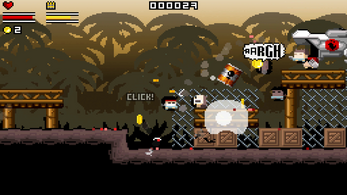 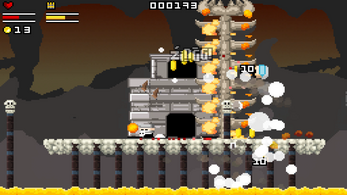